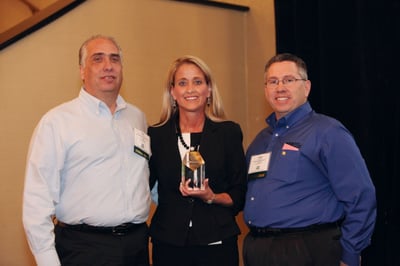 Earlier this year, BTA emailed a link to the online ballot to all of its dealer members and a number of dealers outside of its membership. The association also encouraged industry vendors to provide the ballot link to dealers. The ballot asked dealers to rate their primary and secondary line hardware vendors in key performance categories, as well as to rate vendors in the two additional award categories -- remanufactured cartridges and third-party leasing. The balloting results determined the Channel's Choice award winners. BTA received 356 completed ballots.

"BTA's annual Channel's Choice awards program, which began in 1989, provides dealers with a means of recognizing and honoring those vendors that are the most supportive of the dealer channel," Fitzsimons said. "Through the years, we have honored a number of deserving vendors for their outstanding product lines, exceptional levels of performance and dealer support. As our 2014 Channel's Choice winners, we congratulate GreatAmerica, Kyocera, MSE, OKI Data and Toshiba, and express our sincere thanks for their exceptional support of the BTA Channel."

A comprehensive look at the balloting results will be presented in the BTA 2014 Channel's Choice Report, free to BTA members. The report, currently being prepared by Industry Analysts Inc., based in Rochester, N.Y., will provide an unparalleled view of how dealers rate their vendor partners. When completed, the report will be available for download at www.bta.org/ChannelsChoice (a member username and password is required to download the report). Previous years' reports are currently available for download from the BTA website.

(Cedar Rapids, IA) – GreatAmerica Financial Services has joined The Consortium, an assembly of innovative companies brought together by industry veteran, Mike Stramaglio, President and CEO of Stramaglio Consulting. The Consortium will focus on creating new opportunities for the office technology industry by tying industry leaders together to establish an open collaborative platform. This aims to enable the Imaging Channel to embrace and lead Digital Transformation (DX) – data and Artificial Intelligence (AI)-driven Business Agility.

Aims to Lower Administrative Expenses, Differentiate and Enhance Customer Retention (Cedar Rapids, IA) – GreatAmerica Financial Services Corporation launched a new offering, 1nVOICE™ (pronounced one in voice), to lower administrative expenses, increase customer satisfaction and differentiate office technology providers through simplified invoicing and billing. The systematic process is free to GreatAmerica customers and is a comprehensive solution that collects various billable charges and provides a singular monthly invoice by leveraging technology integrations. This process seeks to reduce human error and administrative tasks and focuses on ease-of-use for both providers and their customers.