At the onset of its creation, the founding principles for Collabrance walked hand-in-hand with the company's mission: Helping our customers achieve greater success. 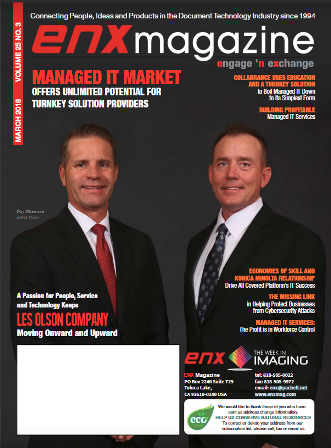 The task at hand wasn't an easy one; the company wanted to take an industry as complex and convoluted as managed IT and bundle it into a single-source, turnkey solution its customer base could quickly and effectively sell to end users.

Formed in 2009, the Cedar Rapids, IA-based wholly-owned subsidiary of GreatAmerica Financial Services has a deep appreciation for the knowledge and investment required to provide the full gamut of a true managed IT offering. Collabrance is also aware of the multitude of managed service providers (MSPs) and platform providers who offer varying degrees of managed IT competencies in piecemeal fashion. As it has developed its own offering, the Master MSP established a vision for what it wanted managed IT to look like based on a customer's needs, according to Greg VanDeWalker, senior vice president of IT Channel and Services for Collabrance and GreatAmerica Financial Services.

"We are not an à la carte Master MSP," VanDeWalker said. "You can't come to us and just use our network operations center, our help desk or one or two little pieces—for that I'd refer you to one of our competitors. If you're looking for a partner to really be a full-service turnkey outsourced managed IT option, we are the company for you."

At just shy of 50 employees, Collabrance shares the GreatAmerica facility in Cedar Rapids and offers a live-answer help desk that is 100 percent U.S.-based. The two companies work closely with one another, identifying lead opportunities and providing customers the benefit of managed IT and leasing services under one roof. Traditionally, Collabrance primarily served the office technology dealer channel, but in 2017 expanded their offering to MSPs as well.

Collabrance serves dealers and MSPs of all sizes, from as small as three-employee operations, with the shared vision of turnkey solutions being the primary unifier. Part of the beauty behind the Collabrance value proposition is its private labeled help desk support. More than 95 percent of all tickets are remotely remediated by Collabrance, which is opaque to the end user.

"One benefit to our partners is that we're only kicking five percent of the help desk tickets back to them," VanDeWalker explained. "Because of this efficiency, our partners don't require the same number of technical engineers on staff that a typical MSP must have. With some of our competitors, they're clearing 60 to 70 percent of the tickets on a good day. Our customers can have fewer headcount and accomplish the same things.

"We want partners who we can go all in with, because that's where we can bring the most value. If they believe in selling the all-in managed IT solution to their customer, we're going to be a great option."

What Collabrance brings to its partners is the ability to demonstrate the turnkey value to clients in a space that is buzzing with competition. The Master MSP provides its clients with the tools and education to help convey the full package value to end users as opposed to narrow solutions focused on just BDR, for example, or "trunk slammers," whose primarily selling point is being the low-cost provider.

A managed IT sale is not a technical conversation, it is the ability to have a business discussion. "We teach our partners how to solve a business problem," he said. "If you can do this, reduce that end user's risk or exposure, they are going to pay high dollar for that service. It really helps them to stand out and differentiate themselves from the rest of the pack."

(The offices of Collabrance, based in Cedar Rapids, IA)

Collabrance prides itself on being a channel-only provider who does not offer its services directly to end users, as some of its competitors do. Another point of differentiation is Collabrance's virtual sales managers, who help walk office technology dealers or MSPs through the nuances of the IT sales process. According to VanDeWalker, these managers will aid the partner's sales reps in managing their funnel and perform walk-through role plays to help them craft a deal-sealing presentation.

"The typical MSP is run by people whose strengths lean toward the technical side as opposed to sales," he said. "Many times they don't have the sales acumen needed, which is another reason MSPs are gravitating toward us. It's a huge plus for Collabrance and our partners."

Perhaps the backbone of the Collabrance value proposition is the educational components it provides to both the office technology dealership and MSP channels. VanDeWalker outlined nine areas in which Collabrance enables its clients to gain the most value from its turnkey proposition. These are:

Managed IT has taken on new significance for Chicago Office Technology Group (COTG), one of 40 members of Xerox's Global Imaging Systems network. Traditionally a copier and MFP provider (which accounts for 90 percent of its business) with specializations in software and audio-visual offerings, COTG first provided managed IT to a couple dozen clients during a three-year period but had a difficult time gaining traction, according to Mike Grabowski, director of sales. The offering became relegated to the back burner, but a change in leadership led to COTG redoubling its efforts and partnering with Collabrance. 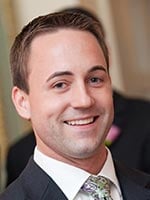 "In the past six months, we've really refocused and invested in our managed IT offering," Grabowski explains. "I met with Collabrance last June, went there for a three-day seminar and talked to some MSP peers. The Collabrance seminar provided a lot of great information. Almost immediately after returning home, I'm walking into the meeting with this new customer."

The prospect was a not-for-profit health care provider which had not done any business with COTG prior to the meeting. Backed by the three-day sessions with Collabrance, Grabowski was able to gain interest in performing an assessment for the prospect, which began a four-month sales cycle that led to a managed IT contract. COTG's platform went live with the client Dec. 18, and the deal is producing $10,000 in monthly recurring revenue (MRR).

In the first seven weeks since going live, Collabrance remediated 96 percent of 136 help desk tickets, 67 percent first-call resolution and only escalated six tickets back to COTG all while maintaining 100 percent measured customer satisfaction. In addition to the managed IT sales training, Collabrance aided COTG in selling the value of a paid network assessment, provided recommendations based on the size of the order and supplied service activation assistance in onboarding the not-for-profit. The deal was also financed through GreatAmerica Financial Services.

"We had high expectations based on the SLAs they were hitting across their full customer base, along with feedback from MSPs who had partnered with them for a few years," Grabowski said. "We're now going into meetings with prospects using the 95 percent remote resolution, and Collabrance is exceeding that number. With first-call resolution, we'd normally tell a prospect 40 percent, just to be safe. So to be over 60 percent is really amazing."

That the deal took four months to complete comes with an asterisk. The not-for-profit had relied on a different provider for the previous nine years, and the CEO of the MSP was on the client's board of directors. COTG was also able to top three other proposals the client received during the engagement and also reap business with them on the MPS side.

With the help of Collabrance, Grabowski notes that COTG is attacking the managed IT offering with a vengeance in 2018, adding head count while setting a goal of establishing 15-20 new customers during the next 18 months. MRR is the key, with a goal of $50,000 set for the period. That is a conservative estimate, given that COTG already has $27,000 lined up and was projected to close another three deals before the end of February.

"The MRR goal is what we're more focused on," Grabowski said. "We want to make this a very profitable part of our business, especially with the somewhat commoditized nature of managed print and where it's going. We see those margins getting eroded more and more. We're hoping managed IT can be a huge windfall for the bottom line.

"We have a highly dedicated tech stack, dictated by Collabrance, and we very much trust them. We're not doing break/fix, not trying to pick up projects. We're being disciplined on the Collabrance model. Now we're focusing our energies on building our presence and awareness, getting customers who can fit within the tech stack and really leverage all that COTG locally—and Collabrance remotely—can offer."

Corey Kerns from Collabrance Recognized on Annual CRN’s 2020 Channel Chiefs List Collabrance LLC, the GreatAmerica Master MSP, announced today that CRN®, a brand of The Channel Company, has named Corey Kerns, Vice President and General Manager, to its 2020 list of Channel Chiefs. This annual list recognizes the top vendor executives who continually demonstrate exemplary leadership, influence, innovation, and growth for the IT channel.