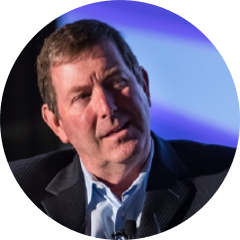 The value of data isn't data at all: the key to effective data driven decision making

I’d like to share a story with you about mining. The mines are in Gauteng Province, near the Bushveld Complex in South Africa. They are beyond massive: So much of the Earth has been pulled from their depths that the landscape has changed. Where before there were flat, scrubby plains, today, strange, flat-topped mountains now rise. This is terraforming at its best.

Some of these mines are two miles deep; at the bottom, temperatures average a hellish 150 degrees Fahrenheit. Ice slurry has to be pumped from the surface to keep the miners alive. For the work they do, they’re paid $430 a month.

But it’s worth it. They’re in search of the raw ore that, when processed, will yield gold, platinum, palladium, silver, and the most valuable element of all—the soft, rose-colored noble metal called rhodium.

Used to make catalytic converters for vehicles, and to coat the surface of optical fiber, rhodium is worth more than any other metal—$25,500 per pound. And it is so rare that an entire year’s worth of production wouldn’t fill the back of a tractor-trailer.

What does mining have to do with data driven decision making?

Why am I telling you this story? Well, two reasons. First, because it’s interesting. I’ve been in those mines in Gauteng Province on several occasions, and while they are hellish, there’s an analogy to be drawn between the mining of rhodium and my main point with this piece—which is to talk about the value of data.

We’re awash in data today. Every service, every system, every interaction we have with network-based services creates a splash of data. In fact, let me put it into perspective for you. Humans came into being about 250,000 years ago. Between that moment of human creation as a species and 2006, data scientists have calculated that we created just about five exabytes of data. That’s a ‘five’ followed by 18 zeroes. That’s a lot of data. How can we possibly analyze all of it in a meaningful way to create insight? Or, to fall back on our mining analogy, how do we turn vast amounts of raw material into something much smaller but much more meaningful?

The value of data analytics isn’t the data itself

Let’s be clear: It isn’t about the data, any more than catalytic converters for vehicles are about ore, pulled from the Earth in sub-Saharan Africa. Let me explain.

A technological tetrad (I may have just made up a word) is at work here. First, we have the Internet of Things, or IoT, which is a network of connected devices (those are the things) that generate data in response to a change in their environment. Second, they’re connected via the Internet, over which the data they generate is transported to our third component, an IT environment, where it is analyzed. The analysis yields some form of insight, which is then acted upon by our fourth component, a senior decisionmaker who take action in response to whatever the data told them. Water low in the swimming pool? Activate a valve to fill it up. Fruit now showing a particular color? Send a message to the farmer to harvest the plums. Patient’s monitored blood pressure too high? Lower the head of the bed, administer meds, page the doctor.

In each one of these cases, it isn’t the data that has value: It’s what we do with it. Similarly, it isn’t the ore that emerges from the mine that has innate value. It must first be mined, then transported to a processing facility where it is melted with sodium bisulfate to create rhodium sulfate. That compound is then treated with sodium hydroxide to create rhodium hydroxide, which is then treated with hydrochloric acid, ammonium chloride, and sodium nitrite. After all these steps, pure rhodium is left.

This is not a chemistry lecture, but I want to point out the path of value generation for data is equally complicated. Raw data (ore) is transported (mining trucks) to the data center (ore refining facility), where it is combined with other forms of data (sodium bisulfate, sodium hydroxide, hydrochloric acid, ammonium chloride, sodium nitrite). Then, and only then, does the desirable, money-making product emerge: enterprise insight (rhodium).

One brief aside. I often hear people refer to data as the new crude oil. And while I understand why people make that comparison, I disagree with it at a fundamental level, because the analogy breaks down at a very important point. Let me explain.

In one way, it’s the same as my rhodium analogy. Crude oil (data) is “mined” from the earth, and then, pipelines (networks) transport it to the refinery (data center) where it is converted into a variety of money-making products (insight and business action). But here’s the problem: whether the product is asphalt, oil, gasoline, plastic, a precursor to a pharmaceutical product, alcohol, or any of a few hundred other things that come from crude, all of them are consumed: after they’re used, for the most part, they’re gone. Data is not. It can be used over and over, and is never changed in the process. It isn’t consumed. The only thing that affects it is the passage of time—it becomes irrelevant pretty quickly, given the pace at which we create new data to replace the old.

So, in that sense, data is more like sunlight than it is crude oil: it’s an inexhaustible resource.

Data insights are worthless without decisions that drive action

Finally, if we look at the continuum that we’ve discussed from data generated by a ‘thing’ to that data ultimately being part of some action that results in the creation of competitive advantage, the place where the process breaks down is usually the same: in the office of executive leadership. Why? Inaction—a failure to act based on the insight that the data creates. In other words, all the data in the world doesn’t translate into competitive advantage, and the best insights don’t yield fruit, without deliberate executive decision-making. So, beware: in order for this process to work, in order to create the enterprise equivalent of rhodium, we have to recognize that it isn’t about the data: it’s about what we do with it.

There are four steps a dealer can take to convert ‘customer ore’ into ‘corporate rhodium.’

First, understand the intent of data mining and analytics. It isn’t enough to say, ‘we want to be more competitive.’ That’s apple pie and motherhood stuff. Instead, ask yourself, “What very specific thing or things do I want to address?” For example, you might want to be more adept at anticipating customer needs and wants. Or, perhaps you’d like to have more insight into the frequency at which a particular vendor’s product needs service or repair. Or, you might want to have a better handle on the seasonality of customer purchasing. Be aware, these are often blind spots, so look for answers in a variety of non-traditional ways.

Second, ask yourself this question: What is the one (or two or three) piece or pieces of data I would like to have access to, or that I think I need, to answer the question or need stated above? Then ask yourself, “What is the source of this data, and what must I do to gain access to it?”

Third, remember that access to data is not the answer. In order for the data to have value, to yield the insight you’re looking for, you must ensure that you’re asking the right question. There’s an old adage, often attributed to Albert Einstein, that says, “Everybody is a genius. But if you judge a fish by its ability to climb a tree, it will live its whole life believing that it is stupid.” The secret to success is as much about the question as it is about the answer.

Fourth, the value of data is fundamentally dependent on the actions taken by leadership to engage with it and to empower people to act, based on what the data tells them. All too often, data is collected, analyzed, carefully formatted for leadership’s attention, and handed off to the organization’s decision-makers—who do little or nothing with it. Data that is not acted upon by those who can empower action is not worth collecting. So, if you are going to go through the time-consuming and resource-intensive process of collecting and analyzing data, then take the extra (and most important) step of asking the following question: What does this data tell me about our company, our customers, our competitors, our products and services, and how they all relate, and what actions are e now going to take to ensure that the data yields tangible, actionable value?

Finally, don’t do this in a vacuum! Harness the crowd: you have a lot of smart people working with you who will contribute a great deal to this challenge, because they come from different parts of the business and therefore approach problem-solving in different ways. Remember, blind spots are everywhere, and we can’t see them because we’re blind to them. A blind spot to me will be glaringly obvious to someone else, but only if I ask them to point it out to me and establish a culture that says that we all have an obligation to each other to find blind spots and fix them. That’s how businesses avoid complacency, and it’s how they establish themselves as thought leaders with their customers.

Dr. Steven Shepard is the founder of the Shepard Communications Group in Williston, Vermont. Dr. Shepard received his undergraduate degree in Spanish and Romance Philology from the University of California at Berkeley (1976), his master’s degree in International Business from St. Mary's College (1985), and his PhD at the Da Vinci Institute in Rivonia, South Africa (2009). A professional author, photographer, audio producer and educator with more than 40 years of experience in the technology industry, he has written books and articles on a wide variety of topics.

Updated 11/30/2022. Originally published 9/11/2020. Time is a valuable commodity. It equates to so many things to so many people – money, accomplishment, job satisfaction, etc., so if you’re spending it in the wrong places or on the wrong things, it’s easy to see how quickly things can become misaligned. And now, considering the pandemic and associated economic impacts, we’ve all been challenged to adjust our processes and use our time and other resources even more wisely.

5 Things You Should Consider When Evaluating an Ecommerce Strategy

Updated 11/8/2022. Originally Posted 10/7/2021. The pandemic revolutionized our world’s technology expectations and there are countless things you can do online today that you couldn’t do three years ago. Online purchasing offers instant access outside typical business hours which is undoubtedly convenient. This isn’t going away, so being prepared to address your customers’ needs is paramount. It can’t be denied that consumer buying habits have evolved and bled into the business world and we must adapt to respond to these technological advancements.

Best Practices for Recruiting and Retention to Maintain Profitability (2022)

What's the Difference Between a Lease and a Bank Loan?