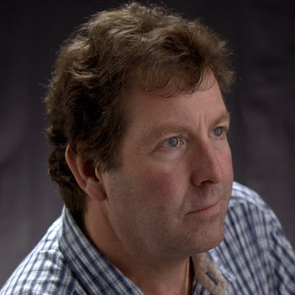 Make no mistake about it: the market is in charge. As a provider of services, the best you can hope for is to understand your customer better than the competition, give them what they want, anticipate their wants, needs and demands, and be as multimodal as possible in your engagements with them.

The truth is, customers want to be actively involved in the relationship they have and the service they receive from a service provider. For a traditional, legacy organization, that translates into “giving up control.” There is no other choice, of course; the enterprise must be willing and able to connect with customers in different ways as part of a multimodal customer service experience. That means blowing up the traditional script used in the contact center, allowing customers to engage with you using e-mail, texting, SMS, Facebook, Twitter, Google+, or even a personal telephone call, in addition to the contact center. The customer makes the rules, now more than ever before.

Catering to the Generations

A generation is defined as a group of people who share a common place in history and therefore develop a common set of beliefs and values that tend to be common across the entire generation. It is often said that generations create history, and history creates generations – true enough. And while there are always exceptions to the rules of behavior, the Law of Large Numbers tells us that over a sufficiently large population, we will be able to identify behavioral characteristics that are statistically common – and relevant.

The Cycle of Life

Societies as a general rule pass through four behavioral phases. Powerful forces drive these phases including the evolution of social values, political power shifts, balances in demographics and social makeup and economic upturns or downturns. The phases blend one into the next like the seasons of life, with each season lasting about 20 years, together making up an 80-year (or so) cycle.

These four evolutionary periods have been cycling for as long as historians have been studying cultural change. Sociologists give each generation a name. Most recently the four archetypical generations, in the same order as the four phases described above, are the Hero Generation (born 1901 – 1924), the Silent Generation (born 1925 – 1945), the Baby Boomers (born 1946 – 1964), and Generation-X (born 1965 – 1981). The most recent arrival, the Millennials, were born between 1982 and 2004. This is critical because their generational cycle, their time in the spotlight, has ended; the oldest of them are now mid-level managers; the youngest of them are pre-teens. The oldest of them are having their own children now and the cycle refreshes yet again.

The Millennials are the beginning of the next cycle and are identical in every way to the Hero Generation, the generation that rebuilt following World War II, the generation that Tom Brokaw called “The Greatest Generation” in his book of the same name. This is a generation of fixers, a generation determined to right the wrongs left behind by the prior two generations – at least that’s how they see their role. And they are extraordinarily good at it.

Because the Millennials are a functional repeat of the famously capable Hero Generation, they are ideally suited to inherit the chaos of the first half of the 21st century. They will rebuild and strengthen the institutions that stabilize the country, create a longed-for sense of community and belonging, and restore order and purpose, leading the country out of the crisis that plagues it today. Fear not: We’re in good hands.

For Millennials, technology is a lifestyle choice, not a visible set of tools that they occasionally use. They expect to be fully connected, all the time, and want to have seamless access to content from a broad variety of devices, both mobile and fixed, without hassle. The network to them is immaterial because in the minds of Millennial customers, access means access to my stuff, not to the network.

For this reason, the network must adapt to ensure that it delivers the right content, to the right device, in the hands of the right person, in the right form, with the right features, at the right time, for the right price - period and end of discussion. And because Millennials are not only employees but also highly influential customers and competitors, it is critical to start thinking now about how the network and the resources that it makes available to the largest generation in human history must evolve to accommodate their needs.

The Plurals, right behind the Millennials, are similar: As the digital natives of the planet, they wield technology like a smart bomb—with extreme finesse and effectiveness. They, like the Millennials before them, will disrupt the world in ways we can’t begin to imagine, which gives the rest of us a choice: Learn to understand them and harness their skills—in other words, join the disruptors—or be disrupted. There are no other options.

This an edited excerpt from Dr. Shepard’s paper, “The New Customer.” Download the paper in its entirety here.

Dr. Steven Shepard is the founder of the Shepard Communications Group in Williston, Vermont, co-founder of the Executive Crash Course Company, and founder of Shepard Images. Dr. Shepard received his undergraduate degree in Spanish and Romance Philology from the University of California at Berkeley (1976), his Master’s Degree in International Business from St. Mary's College (1985), and his PhD at the Da Vinci Institute in Rivonia, South Africa (2009). A professional author, photographer and educator with more than 30 years of experience in the technology industry, he has written books and articles on a wide variety of topics.

How Can Office Technology Dealers Secure Their Cash Flow?

Cash flow is an important indicator of the health of an organization, yet it’s a common challenge for many business owners. Even businesses that are growing quickly and seeing a steady rise in profits year over year can have cash flow related issues. In times of economic uncertainty, strong and secure cash flow in the form of contracted recurring revenue can provide some stability and assurance that payments will continue to flow into the business. In my relationships with our clients, I get to learn a lot about the challenges they face day to day. Cash flow is commonly mentioned as an area of concern that business owners are constantly looking to secure and improve. Economic impacts in the past and the current pandemic heighten these needs even more.

How To Work Securely From Home

Working from home has become the new normal for a large portion of the global workforce. For a number of businesses both big and small, keeping their workforce healthy amidst COVID-19 has spurred their first large-scale venture into remote capabilities. Many business owners are beginning to see the benefits of an approach  that provides greater remote flexibility to their employees as an established post-pandemic strategy.